The Top Eight Concert Events in London for 2016 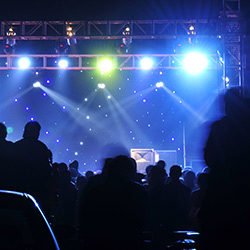 The great thing about concerts are that they don’t really have a season, and it doesn’t matter what day of the week, month of the year or time of day it is, you can bet that people are going to pay ridiculous amounts of moolah just to get a glimpse of their favourite musicians and their lunatic drummer (every band should have one) on stage. The following are some of the concert events to keep in mind this year if you live or are travelling to London.

International superstar Lionel Star is going to return to the UK in 2016. The natural hit-maker is considered to be music royalty, and rightly so. Lionel Richie has topped the music charts since the early 80s with hits like ‘Hello’ and ‘All night long’. The star has had a phenomenal 2015, with a GQ Award and a number one album which may have helped prove that he is the ultimate rock star.

Lionel Richie is slated to perform at multiple venues across the UK such as, in Eden Session in St. Austell, Liberty Stadium in Swansea, the Eirias Stadium, Sheffield Arena, Western Homes Community Arena, Barclaycard Arena, Kingsholm Stadium, Manchester Arena and the O2 from the 14th June to 7th July 2016. You can expect to hear all of the hits from the megastar’s career which spans decades.

From 2nd July to 10 July 2016, you will get to enjoy 10 full days of live unadulterated music form some of the biggest names in music. From the masters to the rising stars of tomorrow, each year audiences get to see Hyde Park come alive for ten whole days of entertainment and some great music, and this year is no exception. Arranged by AEG Live these concert events have been offering the best in live music entertainment since 2013, and has seen some giants of the music industry perform at the event, from the Rolling Stones to Jennifer Lopez and Bon Jovi. Expect to see some of the biggest names in this year’s concert with groups such as, Take That, Kendrick Lamar, Mumford and Sons, Wolf Alice and many more who are expected to perform at this year’s event.

From the 17th to the 20th March 2016, The Royal Albert Hall is going to present Classical Spectacular, which is unanimously considered to be the best classical music shows on the planet. The show has always been a crowd puller, with top performances from some of the best musicians in the world. In fact, no other classical music show presents such as wide range of music acts all under one roof. With dazzling special effects, marvellously choreographed laser displays and great music pieces, Classical Spectacular is definitely an electrifying experience.

Balladeer and pop megastar, Adele is going to take the stage in the O2 from 15th March to 5th April. The woman with a spine tingling voice has been busy smashing all sorts of records worldwide with her latest album titled ‘25’. Adele is going to kick off her UK tour with a string of performances at different venues in the UK and Ireland that are scheduled for this spring. Tickets are already on sale and are sure to sell out quicker than you can say “hello”. Adele’s team has been struggling to keep up with demands for the star and is currently working on expanding her British tour by adding more concert events to the rooster for this year.

If you’re up for some indie music, then Money, an English alternative rock band is going to perform at The Village Underground at Shoreditch on the 22nd of February. The Manchester-based band was formed in 2011 and has garnered quite fan following thanks to their beautifully poetic lyrics and atmospheric music. The band has come a long way from playing in venues such as Salford’s Sacred Trinity Church and 2016 in particular is expected to be a great year for the band. 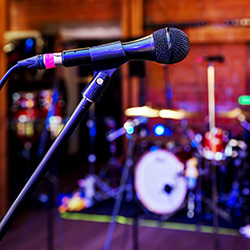 Wolf Alice is an indie-grunge-pop-band which has been able to earn quite a bit of critical acclaim for their music. WA has been adoring its fans and making new ones up and down the UK and is expected to do the same this year as well with concerts lined up for 26th to 28th March at The Forum. That band that has won a nomination for a Mercury Prize is not to be taken lightly at all. This is definitely going to be a phenomenal year for Wolf Alice, making them one of the bands to look out for in future.

Brooklyn-based, American jazz singer Gregory Porter has been making waves in his home town and is going to be crossing the waves in 2016 to perform in London. The Grammy winner is going to return to the UK following the release of his third album ‘Liquid Spirit’, which has been composed by combining the hipness of Kurt Elling with the soulfulness of John Lucien, which brings an earthly and emotional power to all of the songs on the album. Fans of Porter will get to see this amazing singer in action at The Royal Albert Hall on 4th April and at the Eventim Apollo Hammersmith at 28th April 2016.

The O2 at Peninsula Square is going to be the venue for quite a few events in 2016. One of the most anticipated ones being that of English rock band Muse. The band is out with a new album titled ‘Drones’ and is kicking off the year with a string of high-octane performances across the globe. This spring, Muse has some epic show planned for the UK which will definitely not be disappointing. So, expect to expect just about anything from robots to holograms to fireworks, Muse always seems to have something creative up their sleeve.

With so many great concert events lined up for 2016 in the UK, the year is sure to be very exciting for music buffs no matter what their music taste.

Written by Caroline in 2016, London

The great thing about concerts are that they don’t really have a season, and it doesn’t matter what day of the week, month of the year or time of day it is, you can bet that people are going to pay ridiculous amounts of moolah just to get a glimpse of their favourite musicians and their lunatic drummer (every band should have one) on stage. The following are some of the concert events to keep in mind this year if you live or are travelling to London. 1.     Lionel Richie – All the Hits, All Night Long’ Tour International superstar […]