If you enjoy wandering the streets then London has plenty of places of interest for you, where you won’t only get to pass the time but also learn a thing or two about the UK TV scene. The following are some of the best TV events of 2016 in London. 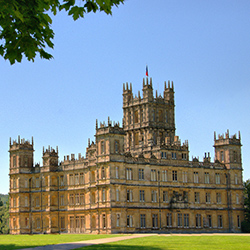 In this day tour get to explore some of the famous filming locations of the famous TV series Downton Abbey, which are located at both London and Oxfordshire countryside. The highlights of the tour includes some famous and some off the beaten tracks locations which add a bit more to the spice of the Downton Abbey Tours. Get to see some of the most historical buildings in England and walk through the old cobbled streets to get an up-close look at the way people lived back in the day. Also, get to visit some of the grand houses, restaurants and hotels that have historic and aristocratic links and also get to spend some time at Downton Village. The tour will also provide fans of the show with insights on shooting locations and the making of the famous TV show, which makes this one of the TV events that will be worth your while.

Want to experience a cold chill of an Autumn of Terror? Then why not go on a Jack the Ripper Tour where you will get to explore London’s underbelly. During the tour get to walk down the streets where the Ripper’s victims walked for the last time. Explore the dark passages and narrow alley ways of London and try to relive the horror of those murders which terrified people in the late 1800s. Visit the actual murder sites of the victims as well as those who were also thought to be killed by Jack the Ripper. 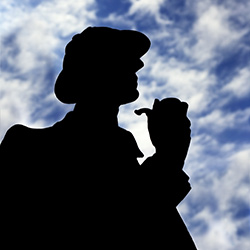 Ever since the crime drama hit the air waves back in 2010 it has spawned millions of fans across the globe. The hit BBC TV series has gained an enormous worldwide audience mainly because it gives a unique twist to the fictional character created by Conan Doyle which has also been excepted as the world’s foremost crime detective. Now, fans of the TV series get to take tours of all the filming locations of all three seasons of Sherlock. While the show has been filmed in multiple locations, there are plenty of locations that are in London and this tour will take you to all of them. Understandably, all of the tour locations are scattered across London, which includes Westminster, Euston, Bayswater, Southwark and many more. There will also be plenty of stops along the way for fans to take pictures and get up close to the sites of their favourite TV show.

Some of the most famous filming sites which will be included in the tour are 221B Baker Street, St. Bart’s Hospital, and Speed’s Cafe. While this is going to be a bus tour there will be quite a bit of walking involved as well so make sure to wear some comfortable walking shoes with you.

The Dr. Who Tour

If you’re a fan of the hit television series (and you probably are!) then the Dr. Who guided tour is a great way to delve in the magical and weird world of the world’s favourite doctor. Dr. Who is most definitely an icon of TV, which makes this one of those TV events you do not want to miss. While you won’t experience any dimensional transcendentality, you will get up close to some of the iconic locations of the Dr. Who series. Unlike the unreliable time machine the doctor used in the TV series to battle foes and make things right, this tour is set to give you a great experience on the eccentric time traveller who was until now shrouded in mystery.

The tour of the BBC Broadcasting House never fails to impress its visitors. You get to take a peek behind the curtains and find out what dynamic live broadcasting is all about thanks to BBC Tours. The guides are entertaining as well as informative, especially for those who are interested in how the wheels turn at the legendary BBC Broadcasting House. While on tour, you can expect to experience a bird’s eye view on how studio broadcasting is done, including how programmes are broadcasted to the nation. This also goes for TV and radio news studios as well. Also, the tour allows you to find out some interesting trivia on the unique and rich history of the British Broadcasting Corporation and the building which houses it.

The BBC tour is one of the most exciting tours you will get to take part in mainly because it is both interesting and interactive. For instance, during the tour, people will also get to see the new BBC state-of-the-art newsroom, and that’s not all. Once there, you will also get to try your hand out on how the news is read by news broadcasters by reading the news yourself.

On some and not all tours, you also get to put together your own BBC Radio Drama complete with sound effects and music, making it a truly magical experience. And just when you thought that was enough, a tour of the newly restored Radio Theatre will get you to take a peek at Radio 2 concerts and other popular radio shows and other popular quiz programs. While the tour is more based on radio than television, it is a must-do if you are visiting London for the first time. More information on ticket booking and venue dates are available on BBC’s official website.

TV events and tours are always an interesting, informative and fun experience for all those who take part in them so make sure you catch these tours in 2016. So, these were just some of the names of the TV events to take part in while you are in London.

If you enjoy wandering the streets then London has plenty of places of interest for you, where you won’t only get to pass the time but also learn a thing or two about the UK TV scene. The following are some of the best TV events of 2016 in London. Downton Abbey Tour In this day tour get to explore some of the famous filming locations of the famous TV series Downton Abbey, which are located at both London and Oxfordshire countryside. The highlights of the tour includes some famous and some off the beaten tracks locations which add a […]