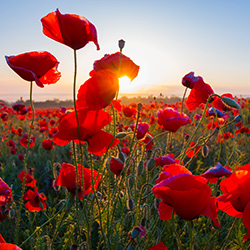 The Somme battlefields earned their name from the river that is nearby, initiating at Peronne and then flowing across Amiens.  The battlefield area where the fight took place is off the road that goes from Albert to Bapaume. It served as the staying place for the British. The French fought the war from the Southern side.

Somme is a popular battlefield destination because the Great War took place at this site – a home to relics, memorials, cemeteries and museums.  The trench warfare also took place here between the main battles. Both sides fired shells at each other and raided trenches, resulting in several fatalities.

A visit to these places is exciting. So if you are planning a battlefield tour to Somme, here is some advice for you.

You can approach the battlefield from the southern side of Arras or Amiens, depending on where you are coming from. Beauvais and Paris Charles de Gaulle airports are the closet, and so is the railway station at Albert.

The local language spoken in popular tourist areas is English. However, people belonging to the nearby local villages and farms generally don’t understand English, and communicate in their own local languages.

Euro is the primary currency. Payments cards are widely accepted, but exceptions do exist if your card is American or British. You can still withdraw money from a nearby ATM.

Somme is a secure area, but just to be on the safe side, don’t leave any valuables in the car.

Bapaume and Albert have several good hotels, bed and breakfast; these places are a good option if you want to stay and relax a while.

Door2Tour offers Great War and battlefields WW1 tours several sites. All our tours are prearranged and priced economically. Check out our website for upcoming tours or drop us an email.